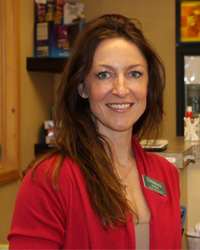 Kristen is owner and lead pharmacist of Missoula Pharmacy, Inc. Kristen was born and raised in Butte, Montana and moved to Missoula, Montana in 1992. She received her Doctor of Pharmacy degree from the University of Montana in 2000. Kristen worked in several pharmacies in the Missoula area, including Osco/CVS, Partnership Health Center Pharmacy, The University of MT Curry Health Service Pharmacy, and Garden City Pharmacy. She also worked for the University of Montana Pharmacy Department instructing pharmacy students of their future pharmaceutical activities in the area of pharmacy. Among other fields, Kristen is actively involved in women's health and specializes in bio-identical hormone replacement therapy. She has over 14 years of experience compounding and dispensing bio-identical hormones, and has attended many professional courses on bio-identical hormone replacement. Kristen is a member of the PCCA (Professional Compounding Centers of America), a group committed to meeting the compounding needs of pharmacists and their patients. She is a member of the American Academy of Anti-Aging Medicine, otherwise known as, A4M and continues to advance her education in this field by attending annual seminars as well as attaining certificates from home studies. 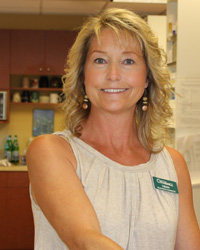 Valarie has a Bachelor of Science degree in Pharmacy and Microbiology from the University of Montana. She is certified in compounding by Professional Compounding Centers of America. She co-owned a pharmacy for 7 years, specializing in bio-identical hormone replacement. This has been her passion for the past 16 years and she feels blessed to be in an environment that concentrates on counseling patients on optimizing their health. She lives in Missoula with her husband and 2 kids.

A Missoula native, Kim began working in pharmacy in 2006 and received her certification in May 2007. She also has an Associate's Degree in Accounting and has worked for Missoula Pharmacy since 2008. Kim enjoys meeting new patients and taking care of their needs. She takes great pride in making a difference in their day. 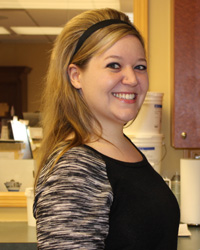 Raised in Wisconsin, Rachel moved to Missoula in 2011. Although she received her Bachelor's Degree in history she found a love in pharmacy, receiving her technician certification in 2012. Working for Missoula Pharmacy since 2011, she is the pharmacy's compounder. She states, "I love what we do and represent here at Missoula Pharmacy. Our goals are to make people feel comfortable, welcome, and ultimately, feel their best!" 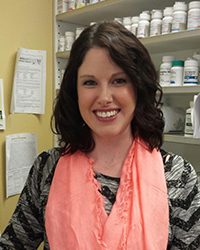 A Missoula native, who obtained an associate degree from the University of Montana and began her pharmacy career in 2009. She started at an independent pharmacy in downtown Missoula. Her journey ended up taking her to Arizona for 5 years where she gathered more experience in retail and hospital pharmacy. After 5 years away from home she decided to come back to Montana. She loves our customers and goes above and beyond to help them in any way she can. She is very knowledgeable with our over the counter supplements and would be happy to answer any of your questions. You will always be greeted with a big smile from her. 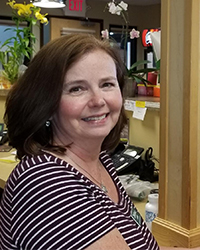 Laurie was born and raised in Great Falls, Montana, moving to Missoula in 1977. She received her Bachelor of Science degree in Pharmacy from the University of Montana in 1984. Laurie worked for 32 years as a retail pharmacist in Missoula, initially at Skaggs, which later became Osco Drug, and then CVS. After retiring from CVS in 2016, she joined our team here at Missoula Pharmacy, where she compassionately assists patients in their health and wellness needs.